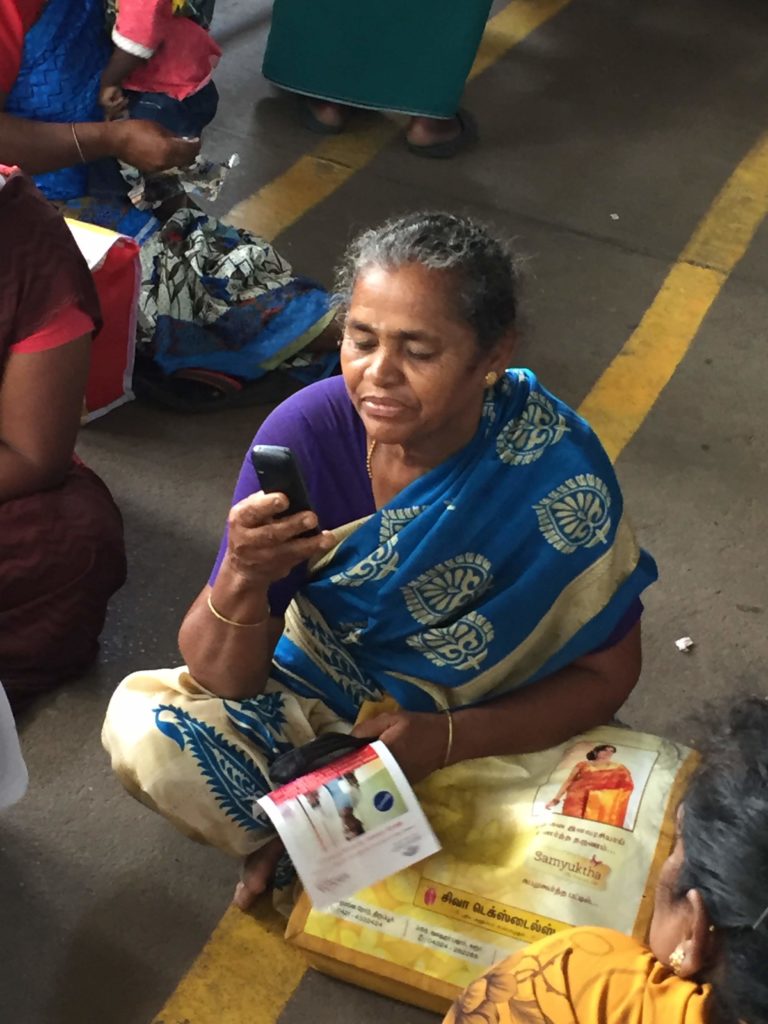 Our mDiabetes program is Arogya’s ambitious effort to use text messages to educate millions in India on diabetes prevention through healthy living.

Our flagship effort in 2011 – 2013 was done with Nokia in 1,052,633 Indians – it was the largest text/voice message-based diabetes prevention program in the world. With this groundbreaking effort, we sent 56 messages to more than one million people about diabetes and its prevention in 12 languages twice a week for 6 months (total # messages = 56 million+) and tested the program’s effectiveness in bringing about behavior change known to prevent diabetes. The program has been shown to work (>20% impact) in participants from all over India and a variety of socio-economic backgrounds.

Mobile phones are widely used in India, throughout different geographic regions and socio-economic backgrounds. There are said to be about 900 million cell phone subscribers in India.

And we know from the WHO that approximately 80% of heart disease and diabetes, and 40% of cancers can be prevented through healthy lifestyles such as avoiding tobacco use, eating healthy foods and increasing daily physical activity.

Messages are provided to motivated consumers twice a week for six months.

Arogya World developed the original 56 text messages with Emory University in late 2011, based on science and behavior change theory, and then, with Ipsos, consumer-tested them in simulated conditions as well as in the real world. We then refined the messages, adapting them culturally for Indian audiences based on consumer feedback and review by our Behavior Change Task Force (made up of top health experts in India and the US). Nokia Life provided the translation and transmission infrastructure.

Program effectiveness was assessed by comparing responses of 950 consumers, based on telephone interviews, before and after they received the messages, and also by comparing them with the responses of a similar number of consumers who did not receive mDiabetes messages.

Consumers’ awareness of diabetes and its complications increased, and promising trends in behavior change were noted. The study was published with Northwestern University and other top researchers, in the Journal of Medical and Internet Research. We showed that greater than 20 percent more people improved multiple health behaviors as a result of receiving our texts about diabetes prevention.

Having shown proof of concept, we are expanding and evolving the mDiabetes program: