Home » Blog » NCDs: Both a Cause and Effect of Economic Disparity

“It doesn’t seem like that much of a problem if you can’t catch it.”

This was a recent response to the mention of non-communicable diseases (NCDs), and speaks to the largely misunderstood nature of NCDs and its accompanying worldwide burden. This line was uttered by none other than famous political satirist and comedian Jon Stewart while interviewing Chelsea Clinton a week before the Clinton Global Initiative (CGI) Annual Meeting in September 2013.  This statement says less about Mr. Stewart’s views than it does about those of the public in the Western world: it is largely uninformed about the form and scope of some of the most harmful global diseases.

NCDs include many recognized killers such as diabetes, heart disease, and cancer. However there are others that are less often recognized as lethal, such as mental illness and Alzheimer’s disease. The World Health Organization (WHO) indicates that NCDs represent over 60% of all deaths. 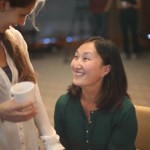 One of the most pervasive misconceptions about NCDs is that it they are exhibited by “rich, old, fat, lazy American men.“ However NCDs actually hit hardest those who have little means to combat or even understand their condition – such as children and those living in poverty. Several global health and development organizations are striving to combat that image, including CGI. To readjust the public’s focus on NCDs, other groups are cropping up as well including NCDFREE, a “global social movement again Non-Communicable Diseases. “ At its Boston launch in September 2013, many speakers from across the geographical and socio-economic spectrum shared their experiences with NCDs.

Dr. Carlos Gonzalez Quesada related a poignant account of his experience with brain cancer. His speech about the fact that he was able to receive rapid and effective care, threw into sharp relief the situations of those who were not so fortunate – including his mother in Mexico who was recently diagnosed with breast cancer.  She waited months to be properly diagnosed and nearly a year to begin treatment. Even so, the treatment would have been prohibitively expensive for a family earning less than a mid-level wage.  Dr. Quesada discussed his feelings of guilt for this discrepancy, and how this motivated him to help combat NCDs worldwide.

There is a stigma associated with many NCDs stemming from the fact that they are largely preventable by engaging in healthy behaviors. But the reality is more complicated: take heart disease for instance. It is easy to claim that someone in his 50s may have avoided a heart attack by spending the previous 30 years eating healthy foods and exercising. What this doesn’t acknowledge is that behavior is shaped by the environment, and healthy choices may be extremely difficult. Here’s an example:

I was once a high school teacher in an impoverished region of Texas; over 90% of my students qualified for free or reduced lunch, a federal student nutrition program. However due to a lack of funds and oversight the school’s cafeteria food was next to inedible (I only dared to try it a couple times). At the same time, my students were not financially capable of bringing their own well-balanced meals to school. So what did they do? They brought in a bag of Doritos and a soda for lunch. Children in this school system (and many others worldwide) eat like this for over a decade, and enter adulthood with a destructive pattern of eating that is very hard to cast off.  In this region of Texas, the estimated diabetes prevalence rate is 26% – compared to the U.S. national average rate of 8.3%.

One of the drivers for many of the speakers at the NCDFREE Boston Launch was the impact of NCDs on youth worldwide. NCDs often take root at a very young age. Dr. Byambasuren Vanchin spoke to the audience about how she was inspired to become a cardiologist by the growing burden of heart disease and stroke in her country. Hers was a story of societal change, in which a growing number of traditionally rural and nomadic people are adopting city life and shouldering the related health detriments as a result. As the population shifts to a more Western, urban way of life, fast food and lack of open spaces have had a tremendous impact on the health of Dr. Vanchin’s people – especially children who are more often growing up in the concrete jungle of Ulan Bator, Mongolia’s capital city.

NCD prevalence often accompanies economic and structural development due to increased industrialization and urbanization.  According to a UN press briefing in 2011 the economic burden from NCDs will expand tremendously over the next two decades, ultimately taking resources away from fighting poverty. In this sense, the growth of NCDs is both a cause and effect of poverty. Ironically these diseases can stymie the efforts of developing countries to develop, just as they begin to improve the quality of life of their citizens.