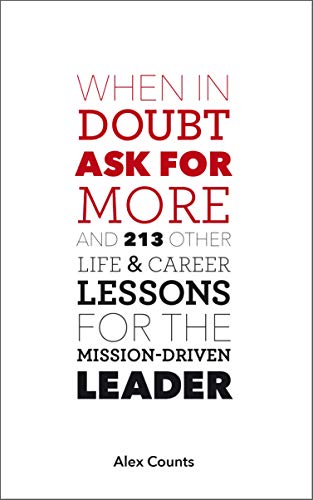 Recently I was honored to be asked to join Arogya World’s Advisory Council, and of course I humbly accepted the appointment.  Working to prevent illness and promote well-being is truly noble work, and doing it as cost-effectively and pragmatically as Arogya does is impressive and worthy of support.

My role to date has been as a consultant who planned a facilitated the first joint retreat of the boards in India and the United States, and providing occasional advice since that historic gathering took place in November 2018.  I also manage the India Philanthropy Alliance that Arogya World actively participates in as one of its 12 members.  As a result, I have gotten to know the organization and many of its leaders over the last few years.

My work in recent times has been focused on distilling lessons I learned about nonprofit leadership during the first 30 years of my career, and sharing them as a college instructor, author, and consultant.  This past March I published When in Doubt, Ask for More: And 213 Other Life and Career Lessons for the Mission-Driven Leader.  In it, I present 214 “nonprofit leadership hacks” in around 3-4 sentences each.  Not a lot of fluff – I just get right down to actionable ideas and tips.

When I think of Arogya World and its supporters and friends, six of those lessons come immediately to mind:

If humanity is to meet the challenges of this era – such as overcoming Covid-19, preventing noncommunicable diseases, combatting climate change, and reaching the Sustainable Development Goals – applying lessons learned by previous generations of changemakers will be critical.  In my new book I have put forward more than 200 of the most valuable insights I have had over the course of my career and hope they can be of benefit to people involved in the noble work of Arogya World.  I have enjoyed hearing from others about which of mine are most meaningful to them, and also about their own tips, techniques, and ideas.  There is so much to do and so little time to waste.