There, world leaders pledged to accelerate UHC progress to ensure all people everywhere can affordably access health care.  According to the UN, the “[…] High-level Meeting on universal health coverage (UHC) is the first meeting on this topic at the UN and will be the most significant political meeting held on UHC to date.”

A political declaration strongly recommitting to achieve universal health coverage by 2030, and scaling up global efforts to build a healthier world for all was adopted. Dr. Tedros Adhanom Ghebreyesus, Director-General of the World Health Organization (WHO), called it the most comprehensive Declaration for health in history.

Courtesy of the World Health Organization

It is good to see NCDs and their prevention getting the attention they deserve, and to know that Arogya’s work directly aligns with so much of what the world is committing to (including paragraphs 27, 28, 33, 38). We are pleased that mental health is also getting its due this week at the Walk the Talk event before and in the Political Declaration (para 36).

We commend India’s efforts in this regard, including Ayushman Bharat and the start of 150,000 primary care centers and financial help for hospitalization for half a billion of the poorest people.

Measures of progress the UN HLM pledged to include financial risk protection; access to quality essential health-care services; and access to safe, effective, quality and affordable essential medicines and vaccines for all. We support these efforts and look forward to seeing them realized, especially now that UN leaders have brought them to the fore through this meeting.

The meeting, themed “Universal Health Coverage: Moving Together to Build a Healthier World,” brought together Member States representatives, General Assembly observers, parliamentarians, local government representatives, civil society and non-governmental organizations, academia, professional associations and the private sector and broader communities. The opening segment featured statements by the President of the General Assembly, the United Nations Secretary-General, the Director-General of the World Health Organization, the President of the World Bank Group, as well as an eminent high-level champion of universal health coverage. 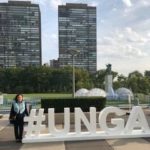 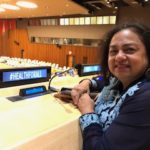 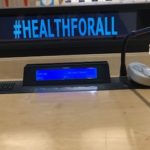 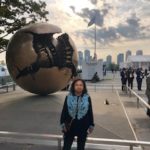 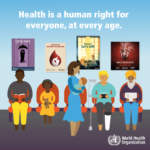